Check out my pinterest boards with dozens of foolproof and delicious recipes!
September 28, 2012 / by [email protected]
5 comments » 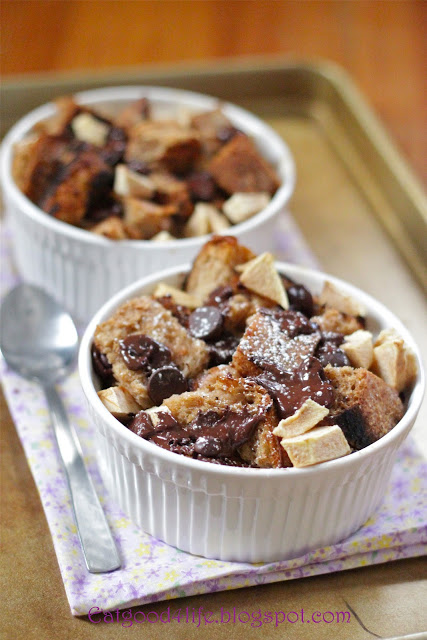 This is the second time I have made bread pudding. I am not much of a custard, pudding type of person but since it was a long time since I made my last bread pudding I figured I make another version and see.

This one was much better though, I actually kind of liked it. Maybe because of the dark chocolate…I don’t know!!

I think this is nothing but comforting. I liked it best warm and even though I stored the left over bread pudding in the fridge I still warmed it in the microwave before I ate it again. I think cold bread pudding is kind of yucky :-)

I actually toasted the bread before using it for the pudding however you don’t have to do this step.

Anyhow, I have seen many versions out there. I think I would like to try a pumpkin and raisin kind. Maybe I will venture and do that one next, will see.

For now, here you have this comforting dessert. 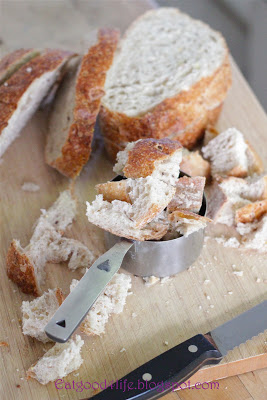 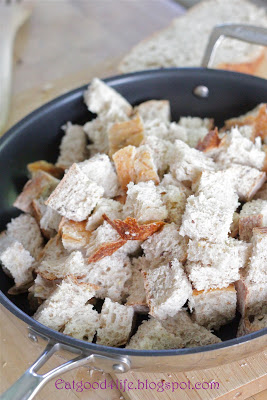 Cut the bread into cubs, well sort of, and measure about 9 cups of bread loosely packed like I did :-) If you are toasting the bread just place it in a large skillet over medium heat and toast slightly. No oil or butter necessary. 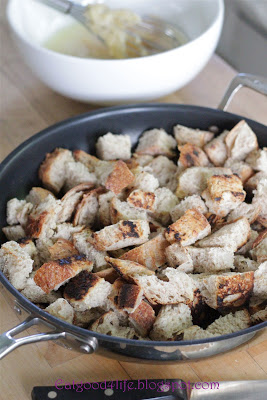 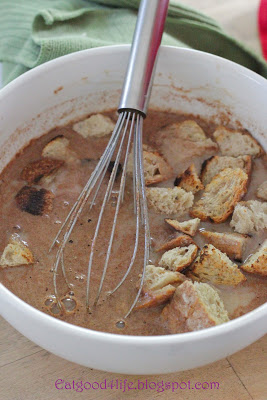 Here you can see my bread slightly toasted as well as the bread being placed in the bowl to soak up all of the milk and egg mixture. 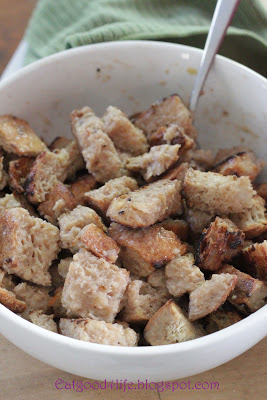 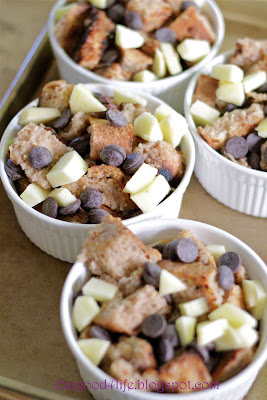 Here you can see the soaked up bread. There is still some liquid at the bottom of the bowl which you can distribute among the 4 ramekins once you are done dividing the bread amongst them. 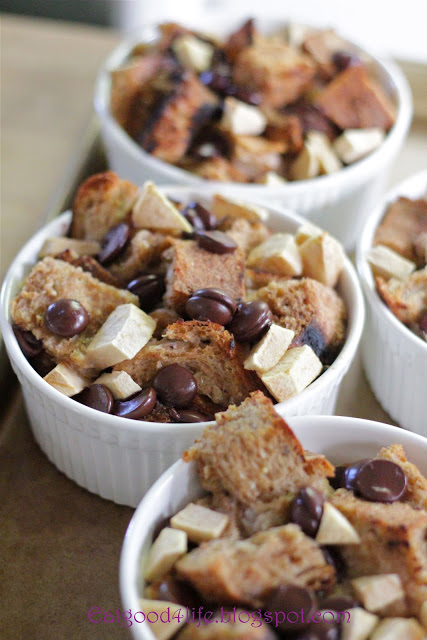 and this is the pudding right after taking in out of the oven. Yummy… 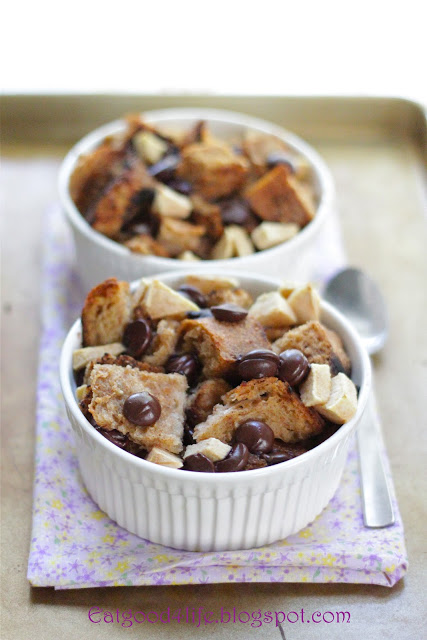 This is best eaten when warm. You may add a little bit of warm milk to it if you like. 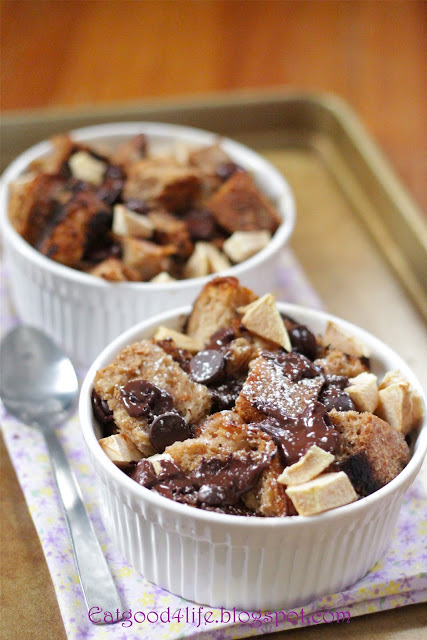 You can sprinkle a little bit of powdered sugar over the top. Just a tiny bit though :-)

If you would like to toast the bread just place it in a large skillet over medium heat. Lightly toast the bread this way making sure you stir it once in a while. It took me about 4-5 minutes to toast mine.

Divide soaked bread over the four 10 oz ramekins and sprinkle the remaining apples and dark chocolate chips over the top.

Place ramekins in a cookie baking sheet and bake for 25-30 minutes. Let bread pudding cool for a few minutes and serve while still warm.

I store left over pudding covered in the refrigerator and warm in the microwave before consuming again. 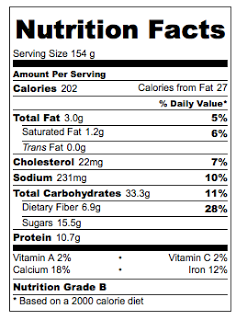 Nutrition facts calculated based on the recipe yielding 4 10 oz ramekins. Each one is good for 2 people so 1 ramekin = 2 servings