Check out my pinterest boards with dozens of foolproof and delicious recipes!
October 1, 2011 / by [email protected]
51 comments » 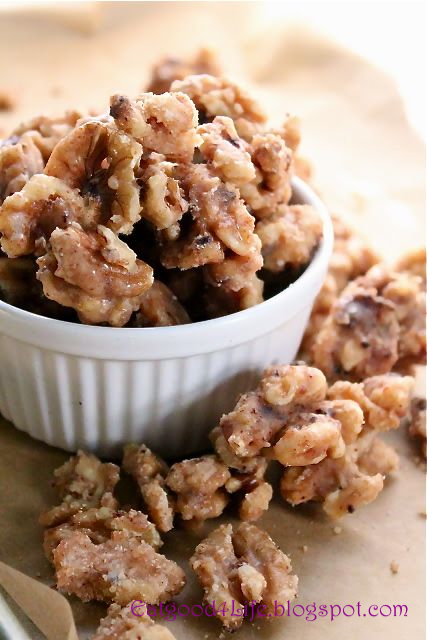 I have just finished making a batch of these Cinnamon sugared walnuts. Not only they were simple and easy but super delicious. I could not get enough…this is not good! They are super addictive. I know they have tons of sugar but once in a while is OK to indulge. I also used unrefined sugar so that is a tad better, don’t you think?

The reason for making these Cinnamon sugared walnuts was that I wanted to give them away. I package them in cellophane bags as a gift to one of my friends. She has been kind enough to drop off and pick up my son to and from school while recuperating from surgery.

I guess you can make this recipe with which ever nuts you may prefer. I think with peanuts it will be really good. That is what I am going to do next time. I think cashews would be fantastic.

Until then, enjoy these Cinnamon sugared walnuts. 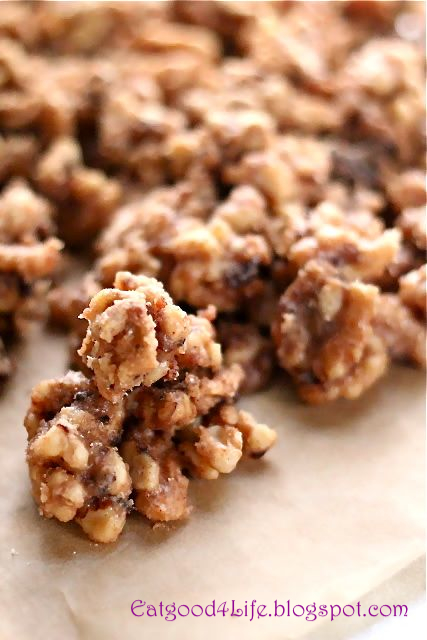 In a saucepan combine the sugar, milk, cinnamon, and salt. Whisk over medium high heat until all of the ingredients are combined completely, then stop stirring and bring to a boil. Boil the mixture gently until it reaches 235-245 degrees (soft ball stage) on a candy thermometer, about 15 minutes. I actually reached 240 for mine.

Remove from the heat and stir in the vanilla. Add walnuts working as quickly as possible to coat them all.

Spread the walnuts on a baking sheet lined with parchment paper. Break apart any big chunks and allow to cool completely.